Effects of a « Bleu-Blanc-Cœur » diet on Obese Humans

Based on mechanistic and epidemiological data. we raise the question of the relation shin between qualitative dietary Dolvunsaturated fatty acids (PUFA) changes and increase in obesity. In this double-blind trial. we studied the effects on 160 overweight volunteers (body mass index. BMI >30) of a 90 days experimental diet rich DrinciDallv in animal fat with a low PUFA/saturated fatty acid (SFA) ratio but a low n-6/n-3 ratio. using animal products obtained from linseed-fed animals. The control diet provided less animal fat. a higher PUFA/SFA ratio and a higher n-6/n-3 ratio. Both diets excluded seafood. In the experimental QI’OUD. we observed a signiﬁcant increase in red blood cell (RBC) oc-linolenic acid content and a slight increase in EPA and DHA derivatives. while in the control QI’OUD we observed a signiﬁcant reduction in EPA and DHA content. Between groups now. the difference in the three n-3 fatty acids changes in RBC was signiﬁcant. This demonstrates that plasma EPA and DHA levels can be maintained without ﬁsh if products from linseed-fed animals are used. During the diets. we noted a signiﬁcant reduction in weight. BMI and hit) circumference within both groups of volunteers. However. no signiﬁcant difference was observed between the control QI’OUD and the experimental QI’OUD. Interestingly. 150 days after the end of the trial (i.e.. daV 240). we noted a signiﬁcant weight gain in the control QI’OUD. whereas no signiﬁcant weight gain was observed in the experimental QI’OUD. This was also observed for the BMI and hit) circumference. Moreover. signiﬁcant differences in BMI (P < 0.05) and weight (P = 0.05) an neared between the two groups. showing in both cases a smaller increase in the experimental QI’OUD. During the 90 days trial. we did not observe anV differences between groups in terms of total cholesterol. HDL cholesterol. LDL cholesterol or triglycerides. suggesting that the saturate content and the P/S ratio are not as important as the n-6 and n-3 fatty acid composition. 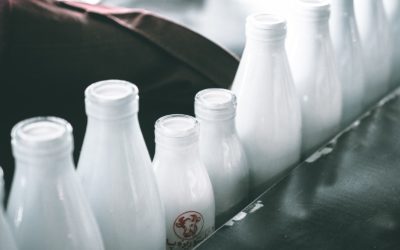 Background/Objectives: The objective of this study was to evaluate the impact of three specific...

Effects of a « Bleu-Blanc-Cœur » diet on type 2 diabetes

The prevalence of type 2 diabetes, a pathology mainly induced by nutrition is increasing. Invivo... 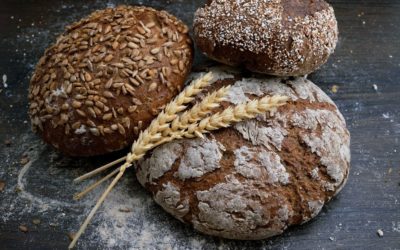 Link between consumption of pain in extruded linen and blood parameters

The introduction of extruded flax seeds in our culinary preparations (for example in bread)...