It’s less risky to have more omega 3 in the blood!

Home » International News » It’s less risky to have more omega 3 in the blood!

This is the takeaway from a scientific study published this summer in the American Journal of Clinical Nutrition and led by Dr. Michael McBurney and Dr. William Harris who spoke at our last One Health Symposium. The blood of 2,240 volunteers (average age: 65) was analyzed to determine which circulating markers may indicate a higher risk of dying from any cause. The researchers were more particularly interested in fatty acids and they quantified 27 different in the blood of volunteers who were followed for 11 years.

This study is part of the monitoring of the population of the city of Framingham (Massachusetts), which since 1948 has observed the cardiovascular risk of several generations of inhabitants.

It was in this study that high blood pressure, tobacco, diabetes and cholesterol excess were identified as factors that worsen cardiovascular risk.

It has been observed that a higher blood level of EPA and DHA (two omega 3 fatty acids), is associated with the equivalent of 1.2 to 4.7 additional years of life. The omega 3 index (cumulative amount of EPA and DHA in the blood) was measured in the blood of volunteers; the lowest indexes recorded were less than 4.2%, while the highest indexes were greater than 6.8%.

Myristic acid (fatty acid found in particular in cow’s milk) is also associated with a reduced risk of mortality. The authors believe that myristic acid may be a marker for healthy consumption of dairy products; noting that consuming dairy products decreases the risk of type 2 diabetes, which is a global cause of death.

Dr.Mc Burney’s team points out that smoking and diabetes are other additional factors to fatty acids that greatly refine predictions of mortality. It is also interesting to note that a low intake of omega-3 is associated with a risk of mortality similar to a person who smokes regularly.

Whatever your profile, having a good intake of omega-3 (from crops and sea food sources) increases your blood omega-3 index to positively impact your prognosis! 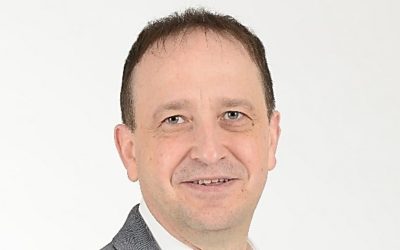 They committ with Bleu-Blanc-Coeur in their country…
…Insight from Hungary, with Benoirt Barbault, Offer & Purchase Director at Auchan Retail Magyarország

Discover the testimony of Benoit Barbault from Auchan Hungary, which has join Kék-Fehér-Szív (Bleu-Blanc-Coeur Hungary) in 2020. 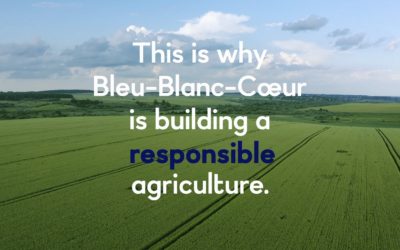 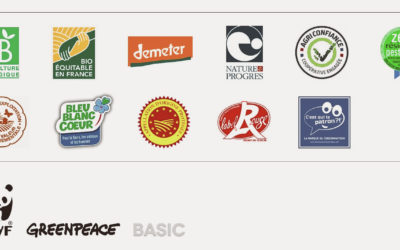 The CLIMATE and HEALTH impacts of Bleu-Blanc-Coeur validated by a WWF – GREENPEACE study.

Greenpeace France, WWF France, and the Bureau for the Appraisal of Social Impacts “LE BASIC” have...